We must let go of the life we have planned, so as to accept the one that is waiting for us.  Follow your bliss, and the universe will open doors where there were only walls.   Joseph Campbell.

A trip to the Metropolitan Museum of Art to see the exhibition, The Last Knight: The Art, Armor,and Ambition of Maximilian I before it closed, happened to coincide with rereading a couple of inspiring books, The Power of Myth, by Joseph Campbell with Bill Moyers, and Do the Work, by Steven Pressfield. Together they inspire a call to action: create a new vision of the future, embark on a quest, slay the dragon of resistance to bring it to fruition.

His horse couldn’t be lacking in sumptuous adornment. A similar Bard (body armor for war horses) was presented by Maximilian I to Henry VIII.

Campbell’s quote could apply to Maximilian I. Although he was the son of a Holy Roman Emperor, he got little kingly guidance at home. He realized his own “unique potentiality for experience” and created a vision of what constituted a great ruler. With little money, land, prestige, or political clout, he forged a new identity with a marriage to Marie of Burgundy, a full-on propaganda campaign, crafted armor befitting the gods, and dazzling jousting tournaments. In today’s lingo, he knew how to create a brand.

His alliances and military strategies earned him the title of one of the most powerful leaders in European history and probably the label “hero.” I imagine him, with the flick of his fingers, casting off the past and then plunging himself headlong into an uncertain future.

According to Campbell, most hero stories are about the young–finding themselves confronting the unknown in a place, a forest perhaps. The hero embarks on this journey and must leave dependency and immaturity behind and then find the passion and courage deep within to overcome many trials.  If she or he is strong enough, the end result and revelations learned along the way will bring the hero to a richer and mature new life, a new consciousness– a mythological death and a rebirth.

But a hero’s quest isn’t just for the young!

Ceremonial Armor of Charles V, grandson of Maximilian I and future Emperor.  The cost of this armor would be equal to the price of a Manhattan townhouse in today’s market. Original photo

A hero’s journey is exactly what we need in the later stages of our lives. To look inward, To be reborn. To save ourselves.

When we’re older, past childbearing/ child rearing years, or in retirement, we can find ourselves suddenly lost too, wondering what it all means?  Our trials are different– lost youth, declining bodily functions, confronting mortality (technology!)–but no less difficult. Shouldn’t  we to go forth and participate in life with as much courage and vitality as we did when we were young?

I think so. We Boomers are leading the way.

Now that we’re living longer we have another chance to take this adventure. Maybe it’s finally taking a cross-country trip, committing to a healthy life style, writing that book, or starting that business venture. You don’t have to go far or put yourself in much danger. But you do have to get out of your comfort zone. 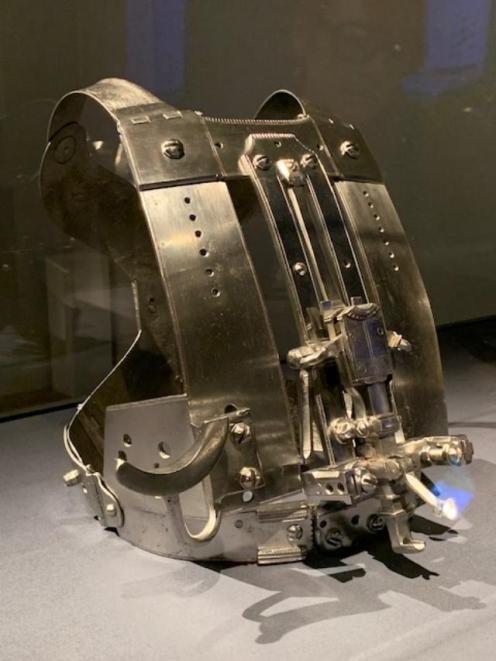 Getting started and staying the course is the hard part.  In his book Do The Work, Steven Pressfield puts is this way:

On a field of the Self stand a knight and a dragon.  You are the knight. Resistance is the dragon.

Joust of War in Field Armor. Date: 1512-15. Gouache with gold and silver highlights over pen, pencil, and lead point on paper.

Joust of War. Date 1512-15. Gouache with gold and silver highlights over pen, pencil, and lead point on paper.

Resistance will probably be the greatest trial, and some of the “greatest hits” that elicit the dragon of resistance according to Pressfield are any creative art, any course or program designed to overcome a bad habit or addiction, education of any kind, any act that entails commitment of the heart. In essence, “any act that derives from our higher nature instead of our lower.”

Pressfield says we can use resistance as a compass.

Rule of thumb: “The more important a call or action is to our soul’s evolution, the more Resistance we will feel towards pursuing it.”

Designed for a contest between two men with polaxes (long battle axes), swords, or daggers inside an inclosure. This was the most frightening of all contests. There were no rules.Talk about trials!

Foot Combat Armor of Maximilian I.

Next to resistance, Pressfield, goes on to say, “…rational thought is the soul’s worst enemy. “Bad things happen when we employ rational thought, because rational thought comes from the ego.” Rational thought or the ego will find a multitude of reasons why this adventure is a bad idea. It wants to play it safe, quell those fears that arise. What’s the solution?

Instead, we want to work from the Self, that is, from instinct and intuition, from the unconscious.

Working from the self requires spending some quiet time away from social media, texting, anything that constantly grabs our attention.  Long walks, keeping a journal, enjoying nature, prayer/meditation help to cultivate intuition and shed light on the unconscious. These are simple undertakings, yet they require the most effort. But what a thrill it will be to live a second self– a new version of you.

Steel Gloves–Gauntlets– of Maximilian I.  These give new meaning to the expression: Throwing down the Gauntlet. Original photo

Joseph Campbell coined the phrase follow your bliss.  He affirmed living life as an adventure.

What each must seek in his life never was on land or sea. It is something out of his own unique potentiality for experience, something that never has been and never could have been experienced by anyone else.

So, throw down the gauntlet.

And with your higher self, pick it up.